Today, Malta welcomed the CMA CGM JACQUES SAADE, the world’s largest containership powered by liquefied natural gas (LNG), as she makes her first call in Europe at Malta Freeport Terminals with the presence of Dr Ian Borg, Minister for Transport, Ms Julia Farrugia Portelli, Minister for Tourism and H.E. Ms Brigitte Curmi, French Ambassador to Malta. This represents a highly symbolic call for the CMA CGM Group’s flagship, just a few days after she set a new world record for the number of full containers loaded on a single journey.

The CMA CGM JACQUES SAADE, the largest containership in the world with a capacity of 23,000 TEUs (twenty-foot equivalent containers) and powered by liquefied natural gas (LNG), has arrived in Malta, her first port of call in Europe. The CMA CGM Group’s flagship, which set a new world record when she left Singapore with a load of 20,723 full containers aboard, crossed the Indian Ocean and the Suez Canal to reach the Mediterranean, and will shortly continue her journey to Northern Europe.

The CMA CGM JACQUES SAADE joined the Group’s fleet on September 22nd in a ceremony held in Shanghai and is currently making her maiden voyage on the Group’s iconic French Asia Line (FAL 1) connecting Asia to Europe. The line provides a weekly service comprising 13 calls over 84 days.

LNG, a ground-breaking choice that aims to preserve air quality and an energy of the future

LNG is currently the state-of-the-art industry solution for preserving air quality. It delivers a reduction of 99% in sulfur dioxide and fine particle emissions and of 85% in nitrogen oxide emissions, surpassing the requirements of current regulations. LNG also provides an initial response to the challenge of tackling climate change. An LNG-powered vessel also emits up to 20% less CO2 than fuel-powered systems. This technology is one of the initial ways in which the CMA CGM Group plans to meet its target of being carbon-neutral by 2050.

This innovative new class of ships, which measures 400 meters in length with a 61-meter overall beam and a height of 78 meters, is the product of 7 years’ research and development by CMA CGM’s experts. The new class features state-of-the-art technologies, such as path prediction, “smart eye” projection technologies, and augmented reality screens to assist the captain and crew. Built for performance, they come with a straight-shaped hull with an integrated bulb, redesigned propellers and rudder blades, along with the Becker Twisted Fin®, which improves performance by optimising water flow and significantly reducing energy consumption. Thanks to this new system, the CMA CGM Group’s new vessels will deliver a 4% reduction in CO2 emissions. In parallel, the vessels will use a smart system to manage the ventilation of the refrigerated containers carried in the holds.

The Mediterranean is where the CMA CGM Group first operated after it was founded in 1978 by Jacques Saadé, with its first line serving the ports of Beirut, Latakia, Marseille and Livorno. In 1997, CMA CGM transferred its transhipment operations in the Mediterranean from Damietta (Egypt) to Malta, and in 2004, the Maltese Government granted CMA CGM a 35-year concession which was then extended to 65 years, to run the island’s container terminal. Strategically located at the crossroads between the Mediterranean and the major shipping routes, Malta Freeport represents a key platform for boosting the region’s influence on world trade.

The CMA CGM JACQUES SAADE’s call at Malta Freeport reflects the investments in the infrastructure of the container terminals. Since its privatization in 2004, this has amounted to over €350 million. The giant dock cranes installed at terminal 1 and the work undertaken to dredge the water to a depth of 17 meters have enabled Malta Freeport to join the elite European ports capable of accommodating vessels of this size, placing it at the forefront of environmental protection efforts.

This investment illustrates the Group’s desire to invest in best-of-class systems for all its infrastructure.

“Launched by Rodolphe Saadé, Chairman and CEO of the CMA CGM Group, the CMA CGM JACQUES SAADE is the first of our nine LNG-powered 23,000 TEU vessels. Our flagship is making her first call in Malta, a strategic hub for our Group. The CMA CGM JACQUES SAADE, which already has her place in history as a result of the ground-breaking decision to fit her with LNG power systems, recently set a new world record with her container load, and she embodies our commitment to championing the energy transition in the shipping sector.” said Nicolas Sartini, Executive Vice President, Ports and Terminals, of the CMA CGM Group.

“Malta Freeport is proud to be part of this maiden voyage and salutes CMA CGM JACQUES SAADE as it sets sail to cross the continents. This special call at our facility attests to the Company’s vision and foresight to invest in the right equipment and infrastructure. It is thanks to this investment in megamax Quay Cranes and in the further dredging of the water depths to 17m that we can cater for vessels of this magnitude.” said Alex Montebello, Terminals CEO. 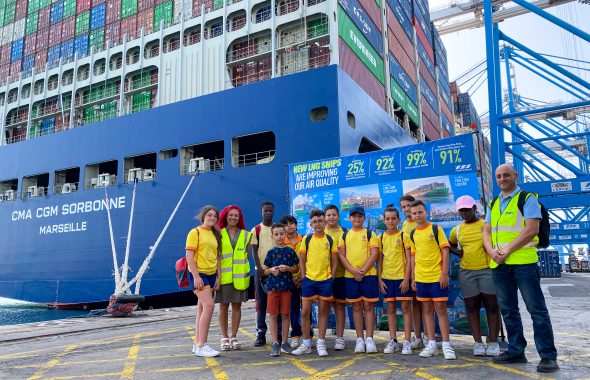 Powering the new generation .… Local school children from the seaside village of Birzebbuga in Malta were all smiles as they witnessed first-hand an operational LNG-powered container ship at #MaltaFreeportTerminals in one […] 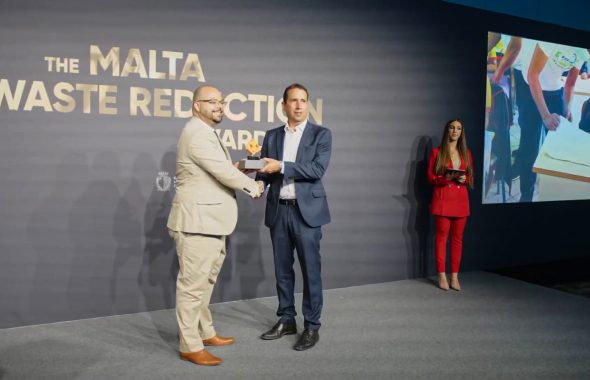 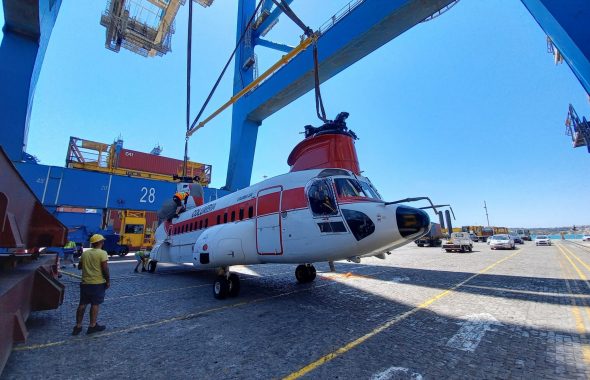 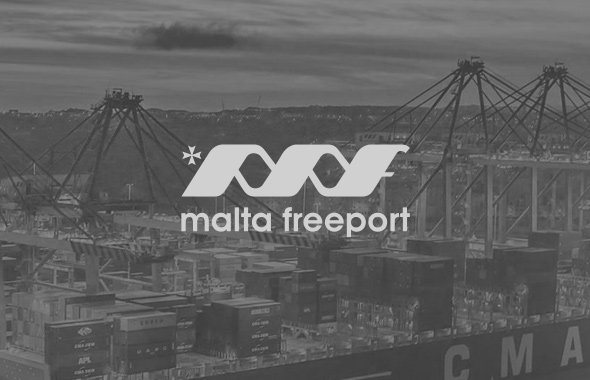