The timely intervention of Malta Freeport Terminals employees, who detected smoke emanating from a container after it was unloaded from the vessel and stacked on the yard of Terminal One, led to the situation being mitigated.

Once the smoke was detected at about 2pm this afternoon, the Freeport’s Health and Safety Department immediately informed the Civil Protection Department and started the process to place the 20-foot container in a specialised containment trailer.

No one was injured in the incident. As a precaution people who live in the locality were advised to keep their windows closed and to avoid going outside as much as possible.

The container was declared to be carrying computer accessories and it took firefighters some three hours to bring the smoke under control.

A Freeport spokesperson said: “The container vessel was in transit and thanks to the agility of our employees and the firefighters we succeeded in averting what could have been a worse situation. Malta Freeport Terminals would like to thank the CPD and its employees who worked to ensure this operation ran smoothly.”

The Freeport is monitoring the situation and in contact with the shipping line and the authorities. 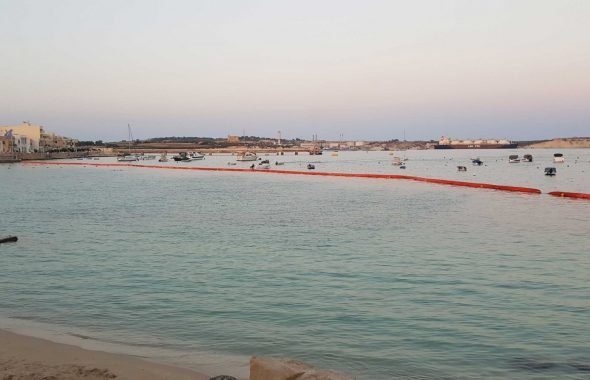